Robberies of armored CIT vehicles are a real risk faced by companies and their drivers. Violent robberies, which involve physical assault, guns, chemical sprays, and even murder, are quite another. Violent robberies are on the rise and have become a prevalent concern for armored carriers, even more so than in banks. The phenomenon is profound: while violent bank robberies occur in only 3.5% of all robberies, 49% of armored car robberies involve a violent act.

Armored car operators and personnel face a dual threat, as both the number of robberies and the presence of violence are on the rise. Strides have been taken to address these safety concerns, including the Hobbs Act, which establishes armored car robbery as a federal crime. However, findings indicate that this legal amendment has failed to deter the most violent criminals.

It is paramount for CIT operators to proactively address this rising threat. In our latest infographic, we present the most up-to-date research on armored car robberies and offer 8 ways to combat the threat of violent robberies. 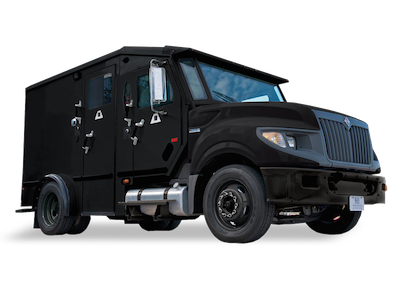 Last month we had the pleasure of sponsoring and attending the third annual Secure Cash and Transport Association (SCTA) conference in Chicago. One of the sessions at the conference was presented by Alan Cox, of the Financial Crimes Enforcement Network (FinCEN). He is the Acting Associate Director of the Liaison Division for FinCEN. In this role, he oversees major activities at FinCEN to combat money laundering, terrorist financing, and other forms of illicit activity.

FinCEN is a bureau of the treasury that writes anti-money laundering rules, anti-terrorist financing rules, and collects data through those rules, analyzes and reports data to law enforcement. The data it collects is some of the most important data law enforcement has in combatting illicit money flows.

FinCEN has been pushing new requirements and enforcement actions for those deemed to be money transmitters. This has had implications for the CIT industry as well as the banking and ATM industry. END_OF_DOCUMENT_TOKEN_TO_BE_REPLACED