Demonstrated due diligence is your first line of defense against negligent hiring and retention lawsuits. Sometimes this is easier said than done, especially if you are trying to fill positions for which there is a lack of talent.

Be aware that dialing down the due diligence in making a hiring decision can backfire with exorbitant cost. In one case, a jury awarded $7 million to the family of a truck driver who was killed in an accident caused by a second truck driver. The second driver, who was hired without a background check, had been on the job only 19 days when the accident happened. The plaintiff was able to show that a background check would have revealed that the second driver had had his license revoked twice for driving infractions.

In another more recent case, a hospital in Denver was sued for negligent hiring in a class action suit because it had hired a surgical technician with a record of having been fired from four previous positions, and who also had a Navy court martial for the theft of the powerful synthetic opioid, fentanyl. After being caught again stealing a syringe of fentanyl, the defendant tested positive for a blood-borne disease, making him an infection risk to the 2,900 surgical patients the hospital had during his tenure. Plaintiffs counsel argued that the terminations and court martial were easily discovered with a background check. All 2,900 patients are part of the class action lawsuit.

END_OF_DOCUMENT_TOKEN_TO_BE_REPLACED 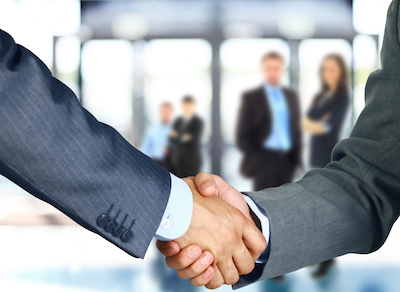 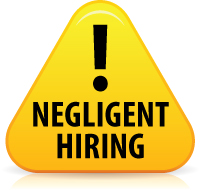 An employer is exposed to risk caused by the conduct of an employee whether or not such conduct is within the course and scope of the employee’s employment. Focusing your organization’s human capital risk mitigation measures on only one of these areas of potential exposure may be hazardous to the financial and reputational health of your organization.

Respondeat superior is a general legal liability doctrine that holds an employer responsible for a negligent act or omission of an employee acting within the course and scope of employment. This is a vicarious theory of liability, meaning there needn’t be a finding of any improper action by the employer. The reasonableness of an employer’s actions (e.g., its hiring, supervision and retention of an employee) is irrelevant and provides no basis for the avoidance of employer liability for the acts of an employee. However, in order for the employer to be found liable the complainant must prove the employee acted within the course and scope of employment. END_OF_DOCUMENT_TOKEN_TO_BE_REPLACED