OFAC is a U.S. Department of the Treasury agency that enforces trade and economic sanctions in support of U.S. foreign policy and national security. Its emphasis is on anti-money laundering actions against both state and non-state actors to combat foreign terrorism, drug trafficking, arms dealing, and other threats to national security. Its broad mandate as part of national security policy and very potent powers make it important for you to know how to cope with the sanctions risks it poses. END_OF_DOCUMENT_TOKEN_TO_BE_REPLACED

The United States imposes sanctions against foreign governments, individuals, and organizations to achieve specific foreign policy objectives, either unilaterally or as part of a coalition. Since these sanctions have the force of law, they prohibit or restrain certain actions of ordinary U.S. persons (citizens and permanent residents), companies, and organizations that might have dealings with the foreign entities. The government publishes a list of foreign countries, persons, or organizations (Specially Designated Nationals, or “SDNs”) whose assets are blocked and who cannot be part of a transaction.

Sanctions are administered and enforced by the Department of the Treasury’s Office of Foreign Assets Control (OFAC). It’s important to understand that OFAC operates under the President’s national security mandate, so it has wide latitude to devise and enforce guidelines for financial institutions’ compliance. The coverage of this authority is very broad, including all U.S. persons and organizations, including foreign branches. It even prohibits a U.S. entity from facilitating a sanctioned activity by a 3rd party foreign entity. END_OF_DOCUMENT_TOKEN_TO_BE_REPLACED 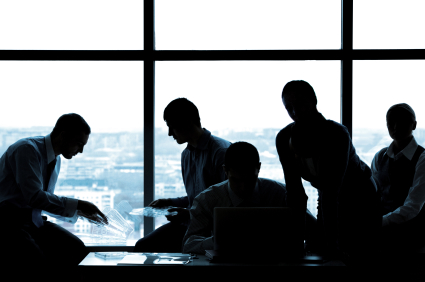 It is well understood that money launderers use deceit or theft to capture the processes of financial entities for illicit purposes. As a result, your AML compliance program must implement internal control designs that increase the chances of preventing or detecting such activities.

Financial managers and auditors are familiar with the concept and implementation of internal controls. The difference is that controls as part of an AML compliance program will be focused on mitigating risks discovered in a money laundering risk assessment. Further, internal controls as part of an AML program must be designed to generate the mandated reports and other surveillance, reporting, and records retention required by the Banking Secrecy Act, FinCEN and the Office of Foreign Assets Control, among others. END_OF_DOCUMENT_TOKEN_TO_BE_REPLACED